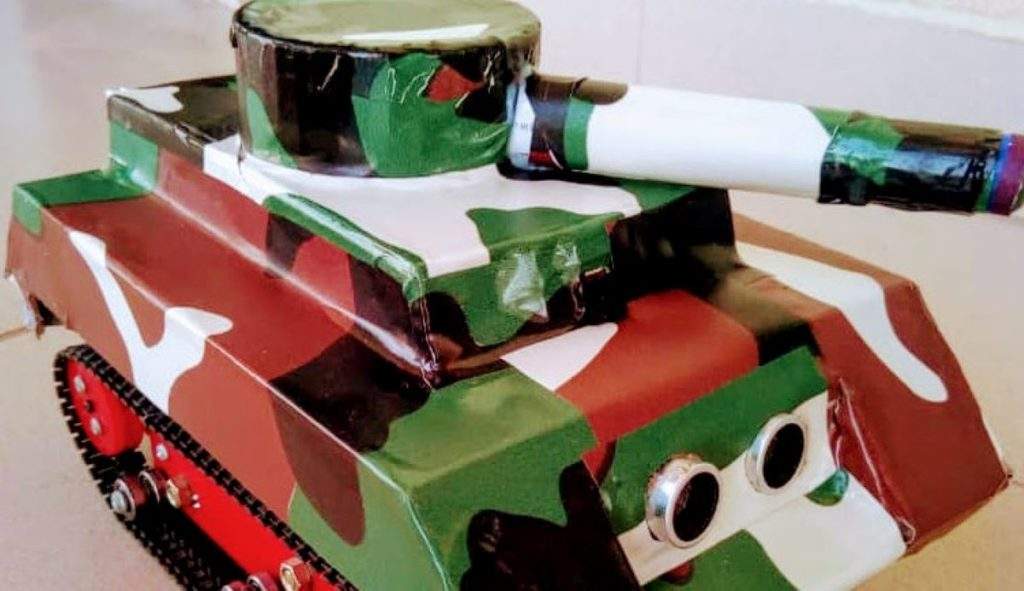 Prof. Adeyemi Abel Ajibesin, an AIMS South Africa alumnus has led his team at Ajisaq to produce a driverless vehicle to consolidate the efforts of the National Army in Nigeria against the rebel group Boko Haram. The VuVuTi as it is called is a small vehicle capable of carrying out surveillance operations, thanks to its remote monitoring and control system.

Made up of sensors, this vehicle is made up of a tracking system based on remote video and audio surveillance. This remote control capability improves its autonomy and directs it during surveillance operations and attacks on enemy camps. “VuVuTi has the ability to conduct automatic missile fire rails and launch offensive attacks using a laser pointer,” explains Afrik, Professor Adeyemi, adding that thanks to this vehicle, “the military can strengthen their capacity by easily seeing their enemy from a distance, and even attacking them from a distance,” he said. With its information analysis system, VuVuti can help the military perform environment and object type simulation and analysis in any environment, ”he adds.

In addition, this vehicle used to enhance the efficiency of the Nigerian army, can also be used in medicine and natural disaster management. “It is also essential in the field of the epidemic of contagious diseases or a pandemic such as Covid-19. Isolation centers can use a personalized VuVuTi to deliver medication or sterilize surfaces, ”adds Professor Abel.

The full functionality of VuVuTi is published in the online news firm Afrik.com.

Prof. Adeyemi Abel Ajibesin is a Professor at the American University of Nigeria